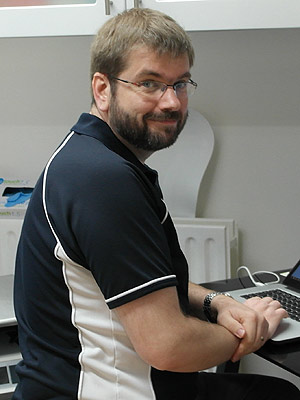 Simon gained his degree in Podiatry in 2000 from Southampton University. Initially he worked in the NHS locally and later became an Extended Scope Podiatrist working in specialist orthopaedic Foot and Ankle clinics and also knee clinics. This post had a key training and lecturing role and Simon teaches regularly to local podiatry and physiotherapy groups. His work has led to close ties with specialist knee and back physiotherapists.

Simon has a strong background in working with sports persons of all abilities and ages, he has close working relationships with both foot and ankle orthopaedic consultants and physiotherapists. He joined The Podiatry Centre on its opening in 2003.

Simon trains in Karate, is a keen swimmer and enjoys walking.