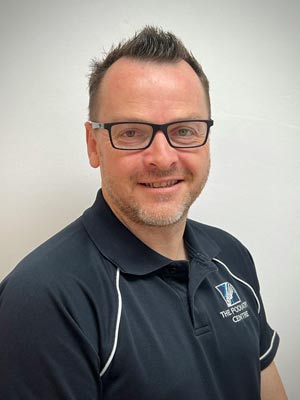 Chris gained his degree from The University of Southampton in 2000 and has worked at The Podiatry Centre since its opening in 2003 after having worked in the NHS for several years as a musculoskeletal specialist.

Clinically, Chris combines his skills with a majority of his work based in biomechanics and musculoskeletal sports podiatry, but does treat all aspects of lower limb musculoskeletal injuries within the Hampshire and West Wessex area. This has involved prescribing several thousand pairs of orthoses and ankle braces, which are mostly made in our clinics based Orthoses Laboratory. As a full time clinician Chris has worked since 2007 within the Premier League to conference league Football set up and continues to do so. This is also combined with a some routine care and nail surgery.

Chris is one of the most experienced users in the world of SWIFT technology, an innovative microwave treatment for eradication of verrucae and warts, for which Chris has had to present his research outcomes to fellow practitioners around the UK, through the University of Southampton (please see published papers).

Chris has played various sports since childhood - including football, running, and cricket. He is married with 1 daughter.